Driven by a one-man team, Top Cycle dedicated the last decade to fulfilling every customer’s bike-related need with great products and even better service.  At Top Cycle, we strive to have something ready for your every cycling need!  Whether you’re looking for beach cruisers, top-of-the-line road bikes, mountain bikes, E-bikes, or first time children’s and adults bikes we have something for you!  At Top Cycle we strive to supply the largest selection of bike parts and accessories available, and with quick turn around times on service, we are the one stop bike shop in Palm Beach. 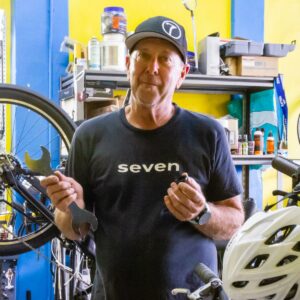 Our doors are open Monday-Saturday from 10am-6pm and we encourage you to stop by and experience the difference at Top Cycle.

In the early 90’s, a young Patrick Poupart took his love of bicycles and degree from Barnett Bicycle Mechanics School and established Top Cycle Palm Beach.  His continued dedication to the industry, commitment to excellence and focus on quality has made Top Cycle one of the finest bicycle retailers nationwide.

Today, Patrick Poupart continues to provide that same commitment to cyclists of all types and ages.

Through serving over a decade, Top Cycle has become the preferred retailer among the cycling community for bicycles, products, service and just plain advice.

Bikes
Whether you’re a veteran racer or first-time rider, we have the perfect bike of your dreams. 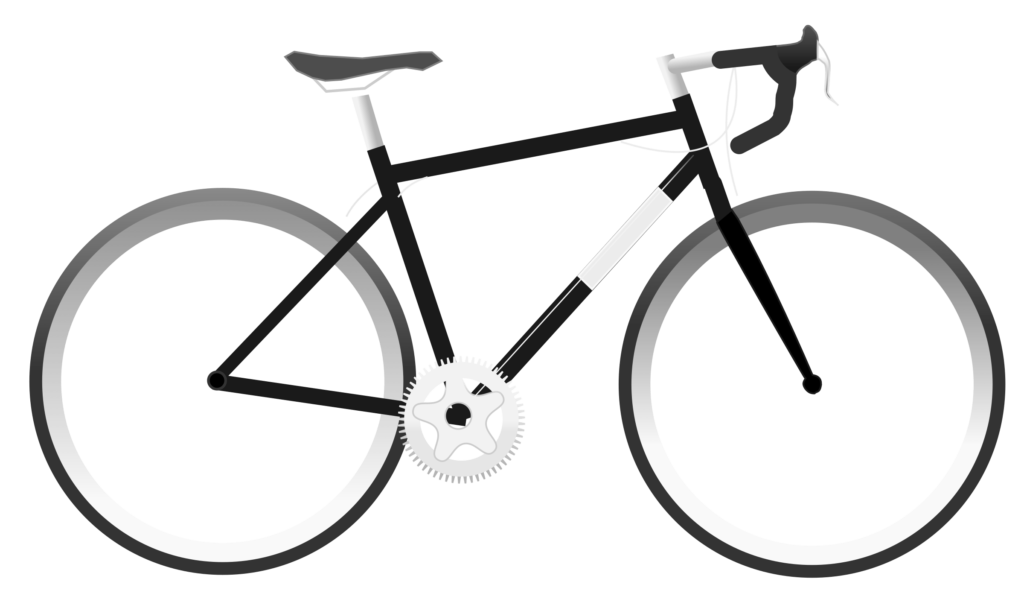 Part of doing it safely is choosing the right equipment for the terrain you’ll ride… once you have the right gear for your ride, and learn safety pointers, you will be on your way! 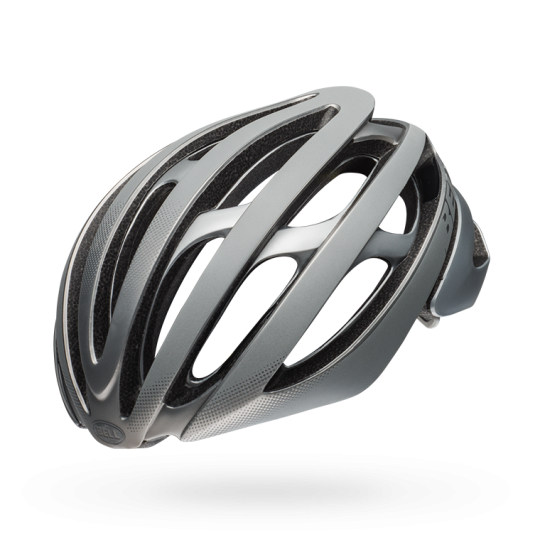 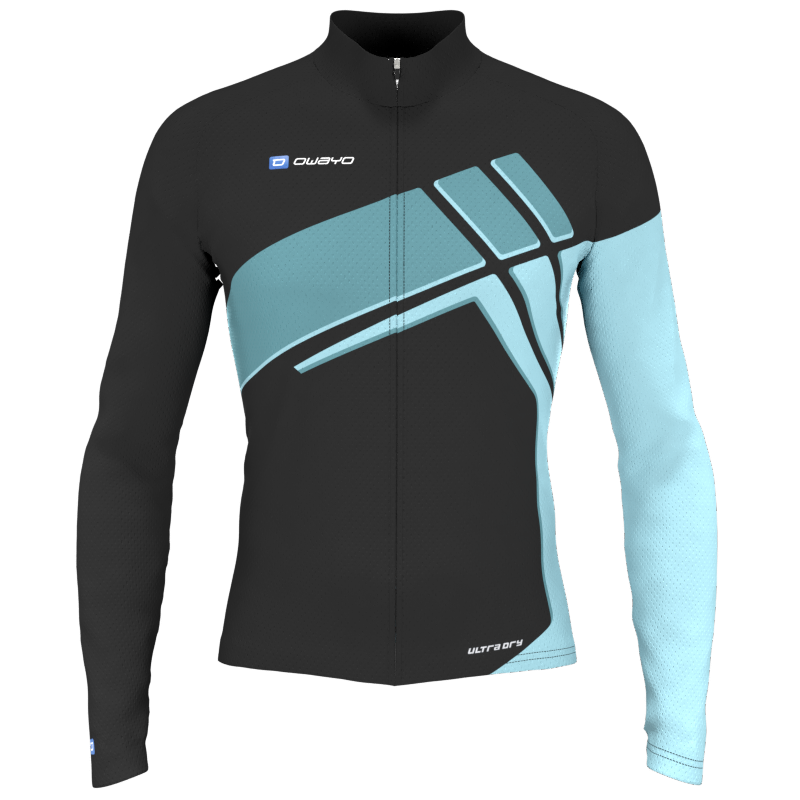 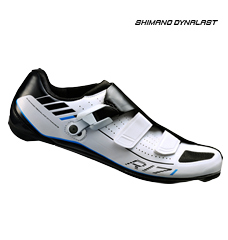 Rent a Bike and Enjoy a Great Ride! If you’re going to be in the Palm Beach area and want to enjoy the great weather and rent a bike, call or email us and we’ll have you riding in no-time!

The maintenance schedule for a bike can vary somewhat on how often it’s ridden and what condition it’s in to begin with.  Make sure to conduct preventative maintenance to ensure your bike stays in perfect condition, allowing you to finish 1st!

Whether you bike to work, race, or head out on the trails, you can keep your bike rolling well into the future by following simple bicycle maintenance tips.  Make sure to have a bicycle expert assists in repairs and advice for the road or trail. 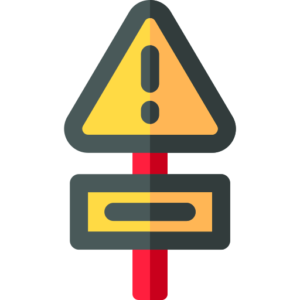 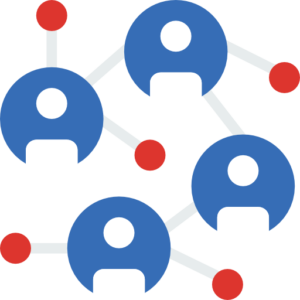 Make safe choices. Do not wear headphones while riding. Keep both hands on the handlebars, except when signaling. Keep both feet on pedals. In a group, ride single-file, with the flow of traffic. Wear a brightly colored helmet and retro-reflective material on your clothing. Use the correct hand signals. 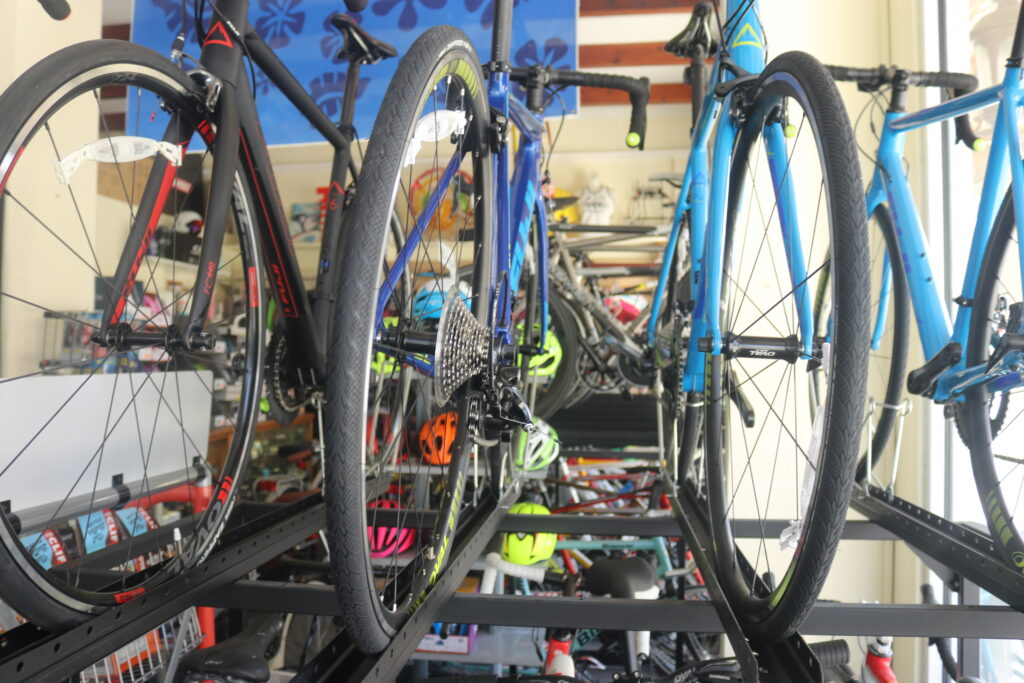 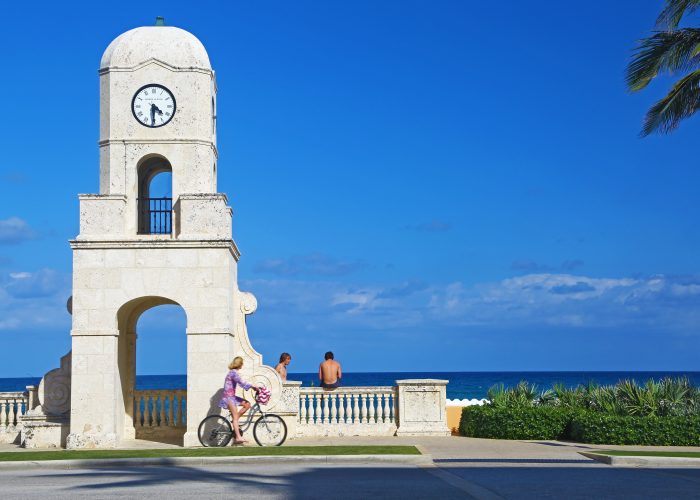 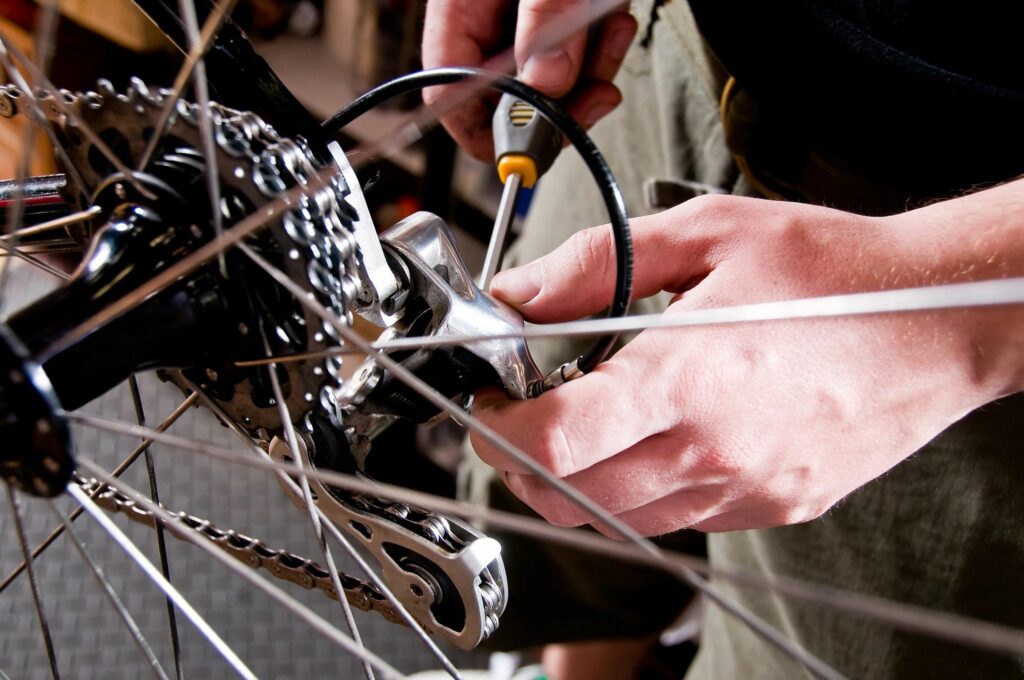 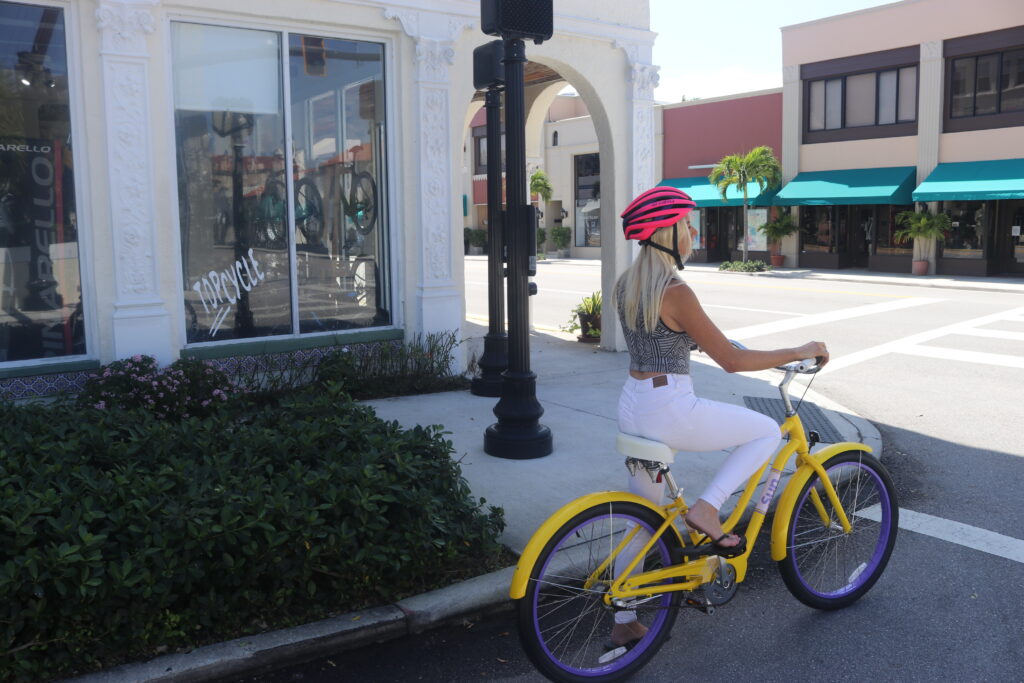 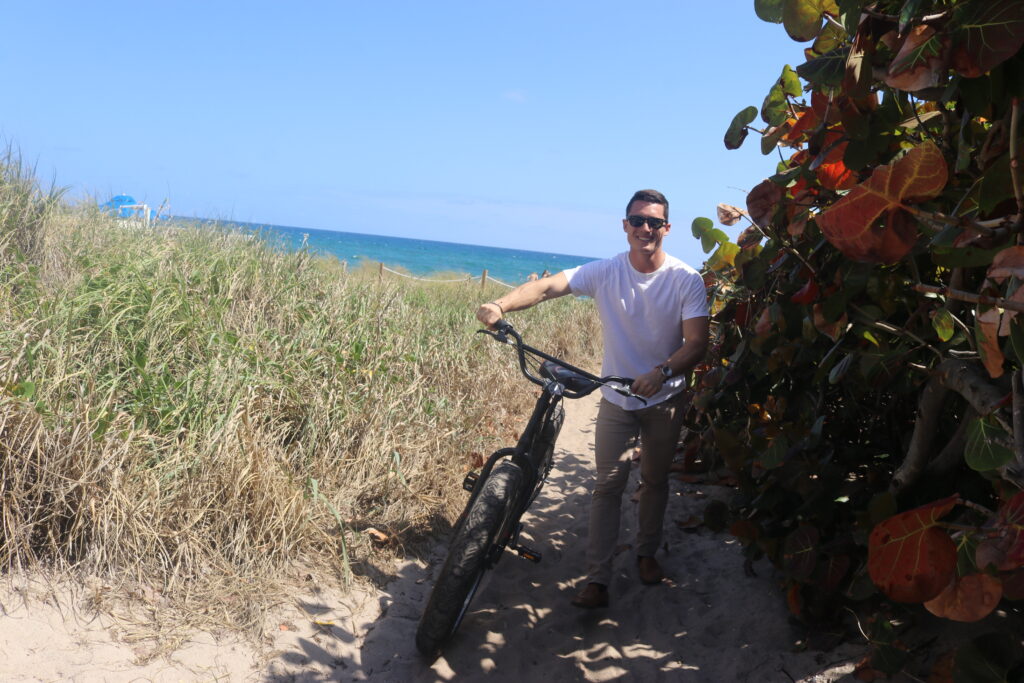 The term road bicycle can also describe any type of bike used primarily on paved roads, in contrast to bikes primarily intended for off-road use, such as mountain bikes. Several variations of road bikes include:

Touring bicycles are designed for bicycle touring: they are robust, comfortable, and capable of carrying heavy loads.

Hybrid bicycles are designed for a variety of recreational and utility purposes. While primarily intended for use on pavement, they may also be used on relatively smooth unpaved paths or trails.

Utility bicycles are a traditional bicycle for commuting, shopping and running errands in towns and cities.

The comfort bike is a more comfortable variation of a mountain bike.

These bikes are built mainly for leisurely, recreational riding and short distance jaunts on bike paths or paved roads with flat terrain.

They can be used for easy dirt trails but are best for errands, rides around town or family outings.

These bikes are not just highly refined, absurdly aerodynamic machines that cheat the wind, transfer all your power to the road, and carry what you need to stay on course.

These “tri-bikes” are also your ticket to the final leg of the race.

Every detail of every Trek Speed Concept is designed to help you earn the best TT or bike split of your life, and still leave you with enough energy to crush the run.

Cycling is in Patrick’s blood. Born to French and Italian parents, he spent years riding through the rolling mountains of France before switching gears to Palm Beach. It was 1993 when he opened the bicycle shop of his dreams. Patrick always finishes a bike race, and he approaches customer service with that same dedication.

As Top Cycle’s owner and technician, he prides himself on his attention to detail when selling and repairing bicycles. In fact, training at the Barnett Bicycle Institute in Colorado gave him the ability to take disassemble a bike and put it back together again from scratch. No matter what brings you in, Patrick’s expert understanding of bicycles, parts, accessories, and repairs will have you back on the road in no time.

See what people are saying about Top Cycle

Top Cycle fixed my Townie right the first time! I went to the other place first and when they didn’t fix my bike properly I took it to Top Cycle. In two days the bike was like new again at a fair price. I highly recommend Patrick to fix your bike.

Patrick was incredibly helpful when my friend and I stopped by for an ‘assist’…simple problem as our tires were deflated and he helped us out, gave us a few other pointers about our bikes and sent us on our way with a smile.  Will definitely pop by next time we are in town to say hello!

Patrick helped me outfit my new bike. I now feel safe on the road. AND I am now wearing proper cycling clothes that fit well and look great, too!! His shop has everything imaginable.
OBTW! He rents bikes and there is a super 5 mile trail along the water, up to the end of the island near his store.